The History of Yosemite National Park 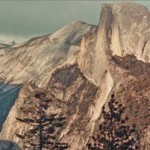 Yosemite National Park is located in the Sierra Nevada in California. The landscape of the Park is the result of glacial interactions between glaciers and rock millions of years ago. The distinct rock formations of Yosemite National Park geography are mostly comprised of granite. The impressive granite formations found throughout the park are some of the most recognizable natural phenomena in the world.

Granite is not the most abundant type of rock to be found in Yosemite. That honor is held by the igneous rock strewn across the park and beyond the boundaries of Yosemite. Igneous rock is created from lava flows and the appearance of this rock in Yosemite dates back to when molten rock flowed under the ground's surface before cooling and hardening, forming quartz and other kinds of crystallized rock.

Yosemite is more than just rock, however. Yosemite is home to magnificent canyons, pristine lakes, breath-taking waterfalls, and awe-inspiring rock formations consisting of peaks, domes, cliffs, and mountains. Three to four million people visit Yosemite each year to share in the wonder and natural beauty of the land. Human interest in Yosemite has only grown over the years, but people and Yosemite National Park history have had a long and lasting relationship.

Yosemite Valley was home to the Ahwahneechee people for thousands of years before settlers arrived in the area. Although not the first Native American tribe, the Ahwahneechee were present when the first outsiders encountered them in the 1800s. In fact, the tribe is responsible for the naming of Yosemite Valley. Called "Ahwahnee", the valley became "Yosemite" due to the mispronunciation of settlers.

During to fervor of the California Gold Rush in 1851, the valley was slated to be cleared by the United States Army, resulting in a conflict with the tribe. Chief Tenaya put up a resistance and the fight culminated into the Mariposa Wars. The Native American eventually relented, were captured, and relocated to a reservation, thus ending the tribal habitation of Yosemite Valley and ushering in the era of the settler.

Years before the Mariposa Wars, the Sierra Nevada had been visited by small parties of fur trappers, though none ventured into Yosemite Valley, with was thought impassable. The first confirmation of a non-Native American visitor was in 1849, only two years before the conflict with the native tribes.

With the Gold Rush in the 1850s came miners, some of which were killed in the wars with the Army. It was not until after the tribe was relocated that tourists began to slowly trickle into the Valley. Most of the tourists were early photographers and artists seeking to capture the beauty of the wilderness. Journalists wrote articles detailing the majesty of the valley and there were numerous sketches and photographs displayed in exhibits to bring awareness of Yosemite to Americans.

Galen Clark was one of the first settlers to establish a permanent residence within Yosemite. The Mariposa Grove in Wawona Valley is shrouded by the Giant Sequoia trees and was isolated by the Merced River before a bridge was built to ease crossing the water in 1857. Clark erected a Pioneer Village made up of several rustic cabins, a hotel for tourists, and a ranch in the Valley.

Today, the Pioneer Village is a historical landmark and the oldest buildings have been preserved for tourists and posterity. There are around 160 residents that live in Wawona all year round but the population increases during tourist season due to the availability of cabins for rent. Galen Clark saw the potential of the location and the need to preserve the wilderness for future generations. Clark would prove to be one of the frontrunners in the effort to declare Yosemite a National Park.

The Journey To Becoming A National Park

As the park attracted more settlers and tourists, concerns were being raised about the damage to the natural environment. Casual observers, Thomas Starr King, a minister, and Frederick Law Olmsted, an architect, were among several witnesses to threats to the wilderness. Both men wrote and published letters expressing their concerns in newspapers. Perhaps more influential, were the photographs of Carleton Watkins that were clear, unobtrusive portrayals of the scenery and uncultivated landscape of Yosemite.

In 1864, Abraham Lincoln was convinced of the threats posed by humans, their animals, and the subsequent development of roads and hotels to Yosemite and signed a bill called The Yosemite Grant, that ceded Yosemite Valley and the Mariposa Grove to the state of California. This measure was used as a first step to protect the land. Galen Clark was appointed the guardian of Yosemite Valley but was met with many challenges.

As Clark worked to make the valley more hospitable to visitors, a new proponent for preservation joined Yosemite's struggle. John Muir was an established naturalist and conservationist in 1890. He had spent years studying and learning all he could about Yosemite Valley. Upon the realization that devastation was continuing to be wrought by farm animals and humans alike, Muir began a campaign to preserve Yosemite as a national park.

The Yosemite Act of 1890 was a partial savior to the land. The act protected the trees, minerals, and natural formations of the newly established national park. However, the park only encompassed the areas outside the valley and the Sequoia Grove. Continuing in his role as guardian, Galen Clark, with the assistance of the Army, attempted to control poaching and other harmful practices within the park. Due to part of the valley is under the regulation of the state of California, many opportunities to fully preserve the valley were missed and Muir continued to fight for Yosemite, this time to unify Yosemite as a single entity under the protection of the United States government.

Muir finally achieved his ultimate goal in 1903 after camping with Theodore Roosevelt in Yosemite and pleading his case to the nature-loving president. The 1906 bill made all of Yosemite the property of the United States government, under the protection and preservation efforts of government stewardship.

The National Park Service was created in 1916 to ensure that the Park was being properly preserved. By 1920, campgrounds along the lakes and the Wawona Tunnel had been completed making travel to the park easier and faster and providing better accommodations for larger numbers of people. That same year, informational programs began to teach visitors about the natural wonders of the park and the importance of preserving the land and wildlife.

Beginning in 1927, Yosemite hosted an artist who would live and work in the Park for the next 50 years. Ansel Adams printed his first photographs of Yosemite in 1927. The photographs were the commencement of a brilliant career that served to bring appreciation to a part of the country Adams loved using a medium he managed to perfect with expertise and an eye for seeing magnificence in the ordinary. The Ansel Adams Gallery resides in Yosemite to this day.

Further protective measures have been made to the park starting with the Wilderness Act of 1964. The Act elevated sections of the park to a "highly protected" status to prevent the development of these areas and allow nature to flourish. These highly protected sections compose 89 percent of the park. Two wilderness areas, named for Ansel Adams and John Muir, respectively, are also protected by this act.

Despite the vast areas that are protected, visitors still flock to the Park. Yosemite is known for spectacular views but is also teeming with wildlife. Grizzly and Black bears are common throughout the park but many animals were hunted and trapped during the early days of the park to near extinction. The Park Service has worked hard in recent years to reintroduce and reestablish many species back into the park. Some of these species include Bighorn Sheep, Peregrine falcons, and great gray owls.

In the next few years, Yosemite National Park will celebrate several impressive milestones. June 2014 will be the 150th anniversary of the original Yosemite Act which began to process of creating the National Park. In October 2015, Yosemite will be 125 years old, making it the third oldest National Park in the United States. Another important anniversary is the 100th year of the under-appreciated National Park Service to be celebrated in August of 2016.

Yosemite National Park has a rich and varied history and is an essential piece of the American landscape. It is a cherished landmark preserved for the present generations and for future generations to come. It is worthwhile to take a moment, when gazing upon the bounty of Yosemite, and thank the men who fought so hard to keep the valley in all her elemental glory and allowing regular citizens the opportunity to bask in the marvel of nature. Yosemite National Park reflects the passage of time and represents the promise of the future within its panoramic views of ageless earth and sky.

Yosemite Falls is the tallest waterfall in the U.S. at 2425' over the valley floor. Peak runoff typically occurs in May or June so if you want to get the best view of Yosemite Falls be sure to come during these spring months. ...
Read More

Yosemite National Park Hotels range from historic to luxurious. Here you'll find information on all types of Yosemite hotel options for any type of vacation you're planning. ...
Read More

The Ahwahnee Hotel is the standard in lu...

Upscale, mountain lodge in the majestic ...

The Autocamp Yosemite is a new type of o...