On July 1, 2016, Mammoth Cave National Park turns 75 years old! Come explore the country’s largest and most mysterious cave, located in Central Kentucky. Mammoth Cave provides a massively enthralling experience amidst its dark depths and lush woods. For fans of wildlife, this park is an incredible place to visit. Animals and plants of all kind roam the ground floor and the mysterious depths below! 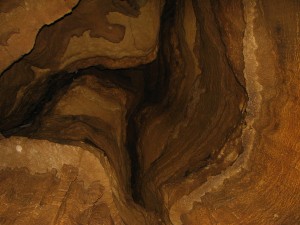 History of the Cave No one actually knows just how big Mammoth Cave really is. While Mammoth Cave National Park consists of nearly 80 square miles, the cave beneath it is much larger. So far, a little more than 365 miles of the cave have been explored and mapped. The cave has five different levels with two layers of stone separating the surface from the first level below. The true size and depth of Mammoth Cave remains a mystery!

It was over 4,000 years ago that humans first found their way into Mammoth Cave’s dark, eery depths. However, the cave has been around for thousands of years before it was ever discovered! For over 2,000 years, miners worked in the rocky fortress daily. Now, there are a variety of tours to choose from so you can see as much of the cave as you like.

Mammoth Cave Wildlife Mammoth Cave isn’t the only thing unique about this area- there’s an astonishing amount of plant and animal life to see. There is so much natural diversity that even without the cave, Mammoth would still be considered a National Park!

Animals Mammoth Cave National Park is filled with all kinds of astonishing creatures! Countless different animal species have made these grounds their home. Look up and you’ll find beautiful, feathery wings soaring through the sky. Wild turkeys, owls, blackbird, vultures are just a few of the bird species who’ve made this area their home. Mammoth Cave National Park is also home to almost 50 different types of mammals. While staying at the park, you’re bound to see many new furry friends! Flying squirrels, minks, lizards, turtles, and beavers are some of the animals that roam the lands, but most are active at night- especially the bats!

There’s plenty of wildlife on the surface, but some of the most interesting animals at Mammoth live in the dark waters below the ground floor like a species of cave fish that don’t grow any eyes. Living amidst less nutrient rich waters below the cave, the fish actually conserve energy that would have been spent on sight.

Plants In addition to flourishing animal life, Mammoth Cave also offers a unique experience to enjoy an incredibly diverse selection of plants all in one place. Located at the intersection of numerous zones- grasslands to one side, dry woods to another, and mesophytic forests nearby as well- where climates of the North and South meet, Mammoth Cave National Park provides a home where almost any plant can thrive.

Cave Tours One of the most well known tours, The Frozen Niagara Tour, is an easy trail, great for those travelling with young kids or elderly family members. Tours like the Domes & Dripstones tour showcase a number of diverse passageways, filled with domes, pits, and dripstone formations. Another tour, the Cleaveland Avenue Tour, offers fantastic views of the cave’s crystalline formations as well as a trip to the Snowball Room, a large area of the cave that’s been toured since the 1840’s!
For a thrilling tour you’ll never forget, join the WIld Cave Tour where you are plunged into darkness, climbing your way through crawlspaces and other adventurous areas you won’t find on any other tour.

Surface Activities There’s plenty to do above ground, too! Mammoth Cave National Park is a great place to go birdwatching. Pack a pair of binoculars so you can spy on species you’ll rarely have a chance to see anywhere else. For a leisurely hike, head to the Heritage Trail and enjoy an informative tour led by rangers as well as a trip to the Old Guides Cemetery. For some fun on the water, fish, swim or boat on the Green or Nolin Rivers. Enjoy a peaceful, relaxing afternoon on the calm water while you canoe or kayak. There are also plenty of biking and hiking trails as well as horseback riding to enjoy!

Activities for Kids Travelling with kids? No problem! There are plenty of safe tours designed with kids in mind! In fact, children 8-12 have their very own Trog Tour- no adults allowed! Kids can also participate in numerous Ranger Led Programs that allow them to explore Mammoth Cave and ignite their imaginations!

Where to Stay Where better stay on your trip to Mammoth Cave than at the Mammoth Cave Hotel? The hotel allows pets and has three separate dining facilities! Choose between forest-surrounded cottages or rooms near the Visitor’s Center.

Another great accommodation is the Super 8 Cave City. Located right in the heart of Mammoth Cave, this hotel has an outdoor pool and is close to all your favorite attractions!

Come celebrate 75 years of Mammoth Cave, where the exploration never ends! Spend a fun, exciting weekend adventuring beneath the surface, and discovering the diverse wilderness above ground. With so many thrilling tours and activities, Mammoth Cave is a place you’ll never want to leave!