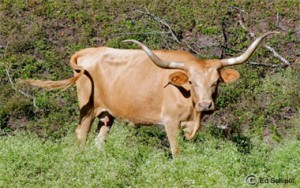 Big Bend Ranch State Park is like an extension of Big Bend National Park, but with slightly different regulations.

The park consists of 300,000 remote acres covering mostly the Chihuahuan Desert wilderness along with two mountain ranges and a 23-mile stretch of the Rio Grande make up Big Bend Ranch State Park. The elevation ranges from the Rio Grande at 2,350 feet to rugged Oso Mountain and Fresno Peak reaching over 5,000 feet.

Big Bend Ranch State Park lies within the Trans-Pecos region of Texas, another name for “Far West Texas.” The park contains an abundance of watered areas including riparian areas, groundwater, the Rio Grande and several spectacular waterfalls. The park boasts more than 100 natural springs which have formed over the ages due to varying geologic forces. The availability of water in this region is what attracted people over 10,000 years ago and continues to support cattle, sheep and goat ranchers to the present.

Due to the differences between the management of a national park and a state park, Big Bend Ranch State Park has a network of several open range cattle ranches. There is a Texas Longhorn cattle herd based here, a species that was nearly extinct in the early 1920s and has been resuscitated. Texas Longhorn is revered for their higher intelligence, calm disposition, varied coloring, surprising survival abilities, and leaner meat. Twice a year, there is a longhorn roundup in Big Bend Ranch State Park.

Big Bend Ranch State Park is rich with history and archeology, with more than 500 archeology sites documented in the park. From the earliest occupation, Native American clues lead to our knowledge of rock shelter camps, open campsites, lithic scatters, quarries, rock art, and ritualistic areas. These areas are mostly accessible by road or trail throughout the park.

There are 66 established trails in the park and 170 new trail miles are in development. These trails are interconnected and cover some very rough terrain. Because of this, some paths are designated only for hiking. Many trails are open for use by bicycle or on horseback. Horses are allowed throughout the park except where specifically excluded. For those who are not equipped with their own bicycle or horse, Saucedo Complex offers bicycle and horse rentals. Guided tours are also available for horseback riding, four-wheel-drive jeeps or ATVs and rafting. The tours are educational and come highly recommended.

The Rio Grande, with its sheer canyons and green riparian areas, offers the visitors to Big Bend Ranch State Park something special. Colorado Canyon has class II and III rapids that are great for whitewater rafting or leisure floating. In the winter, this stretch of the Rio Grande is still a nice place to kayak or explore. Saucedo Complex is an ideal put-in for paddlers and anglers. Many people like to fish in the Rio Grande as well.

The most common of the park's four plant communities is mixed desert scrub that highlights ocotillo, creosote bush, lechuguilla, and cacti. The most bio-diverse of the four are the riparian areas along drainages, near springs and along the corridor of the Rio Grande. Desert grasslands extend from the riparian areas and in the highest elevations, there are open juniper woodlands.

Well over 300 species of birds are found in Big Bend Ranch State Park. The birding here is great due to migrational patterns bringing birds from as far south as Argentina and as far north as Alaska together in the farthest reaches of their ranges. Many resident birds can be found as well in the several regions of the park such as the desert scrub, grasslands, riparian woodlands, canyons, and thickets. Ojito Adentro is a key location for birding in the park during seasonal migration in March through May and August through October. The park provides bird checklists at information areas. Other animals that can be spotted in the park are javelina, black bear, mountain lion, mule deer, white-nosed coati, 16 species of residential bats and 8 rarely occurring bats along with 30 snake species. 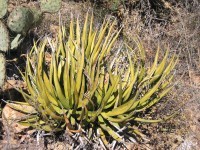 Big Bend Ranch State Park is a beautiful area that is very similar to Big Bend National Park and compliments it very well. Due to guided horseback adventures not being offered in the neighboring national park, Big Bend Ranch State Park is an awesome place to experience the thrill of horseback riding through the desert with the expertise of a guide. There are less camping regulations in Big Bend Ranch as well, but permits are still required for front country campsites, primitive road campsites, and backcountry camping. Private saddle stock and pack animal users are also required to get a permit for both day use and overnight excursions. The park does have a central area, the Saucedo Complex, that offers some lodging, food, and internet. Always remember to wear protective clothing and carry more than enough water as dehydration is prominent in the desert environment, especially with long distances between destinations. Big Bend Ranch State Park is noted as one of the most remote areas with the darkest skies in the country creating breathtaking opportunities for stargazing.

A Big Bend National Park vacation is just what the Doctor ordered this year. This article will show you how Big Bend will melt all your stress away. ...
Read More