A Centennial Celebration of the National Park Service 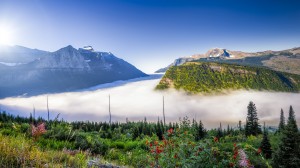 The National Park Service has been positively impacting communities, conservationists, and historic preservation efforts for years; 100 to be exact. August 25th, 2016 will mark the Service’s Centennial milestone and to commemorate this wonderful achievement, National Park Foundation and The National Park Service have teamed up with partners, stakeholders, and advocates across the country to make sure this is one birthday to be remembered. The event not only commemorates all that has been achieved in the past, but also celebrates what lies ahead for America’s national parks.

Since President Woodrow Wilson signed into law to oversee the 35 national parks and monuments that already existed in 1916, tribes, businesses, local governments, nonprofit organizations, and the general public have all called upon the National Park Service to help preserve and revitalize their local history, communities, and culture ever since. With a team of volunteers and partners to assist them, more than 20,000 employees make up the NPS, a group of whom have and continue to protect these communities and more than 400 parks today so the 275 million-plus visitors per year can continue to experience and learn.

Made up of allies and advocates, this committee offers centennial product and strategy recommendations and guidance to better enhance support for the National Park Service Mission in preparation for the anniversary. Enjoyment, education, recreation, and inspiration.

Serving as honorary co-chairs for the Centennial Celebration, First Lady Michelle Obama and Mrs. Laura Bush are sharing their national park experiences in hopes of inspiring others, especially young people, to engage with national parks near them more often. Whether it’s on Capitol Hill or the rugged landscape of Theodore Roosevelt National Park, the National Park Service Centennial offers an incredible opportunity to reflect on the importance of preserving our historic landmarks. It’s also a time to raise awareness for the advocacy of America’s preservation efforts, and spread news of the National Park Service and all the good it does.

Centennial Ambassadors: Bill Nye, Bella Thorne, Roselyn Sanchez, Terrence J., and Mary Lambert have all filmed and shared their respective stories on what their favorite national park means to them. In sharing these precious memories, the influential ambassadors hope to reach the next generation of visitors and supporters by inviting the public to share their own park perspectives at FindYourPark.com. 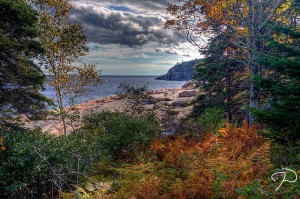 A public awareness movement aimed to inspire connection, participation, support, and to simply enjoy America’s 409 national parks. Find Your Park envisages to broaden the public’s perception that a national park is more than just a beautiful sight but a culture, source of pride, and a state of mind that should be safeguarded so that it may last and be relished for generations to come.

On FindYourPark.com, you can find interactive galleries where the general public, National Park Service employees, and celebrities can upload videos in support of their park. Programs, exhibits, events, articles, and activities can also be found on the site, as is a searchable list to find a particular park and the in-park and digital ways to learn more and support. All thanks to the National Park Foundation’s work with GREY NY, one of the world’s leading advertising and communications agencies.

Some of the world’s largest and most successful companies, Disney, Humana, Coca-Cola, etc., are in support of the National Park Service and the National Park Foundation’s social media efforts. Content from FindYourPark.com can even be socialized and shared on a variety of digital platforms using the #FindYourPark tag.

In celebration of the upcoming Centennial celebration, the Great Smoky Mountains National Park is challenging the public to hike 100 miles in the park during 2016. In keeping with the NPS mission, the “Smokies Centennial Challenge-Hike 100” aims to inspire all people, young and old, to gain a new appreciation for their park. As part of the “Hike 100” program, the park is hosting hikes for several regional youth organizations throughout the year.

Florida’s eleven national parks have joined to honor the National Park Service Centennial with a 100-mile paddle challenge. Throughout 2016, canoers, kayakers, and paddleboarders should log their miles in at least three of the eleven national parks and are encouraged to take photos while doing so. Turning in the logged miles and photos at any one of the park visitor centers will earn them a commemorative patch.

In celebration of the 100th anniversary of the National Park Service, The Natchez National Historical Park in Mississippi breaks ground on two projects at its historical Melrose estate. The first project is the construction of a new wheelchair ramp providing accessibility to the Melrose mansion while the second project involves constructing a pair of paved paths out of recycled materials, all the while making it as wheelchair accessible as the topography allows.

The opening event of the centennial celebration took place during the Tournament of Roses’ annual Rose Parade under the theme of “Find Your Adventure”. Come February 12th, the yearlong celebration continues when “National Parks Adventure” begins playing at IMAX theaters worldwide, including the Oregon Museum of Science and Industry. The film includes scenes from more than 36 national parks, in partnership of Brand USA with famous production company, MacGillivray Freeman, and narrated by Robert Redford. 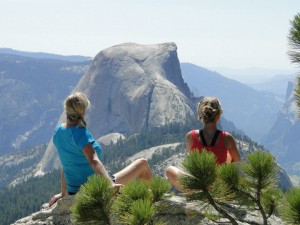 One of the George Wright Society’s contributions to this year’s NPS celebration, the park-related essay series spans across the spectrum of cultural and natural resource topics. Launched in 2007, the series has run, one essay per issue, and will continue up until August 2016. All essay writers demonstrate interest in national parks but just as importantly, the George Wright Society seeks out analysts who address issues relevant to parks but have yet to be applied.

With so much to celebrate, and so many fun activities, this summer is the perfect time to get involved and #FindYourPark! Join in on the good times simply by visiting your favorite national park or finding out what you can do to help the NPS’s preservation efforts!